NOVEMBER SEES SIGNIFICANT PROGRESS ON THE RUSSIAN COALITION, BUT DISTRACTIONS COURTESY OF THE WORLD OF INFINITY DOMINATE THE PAINTING TABLE 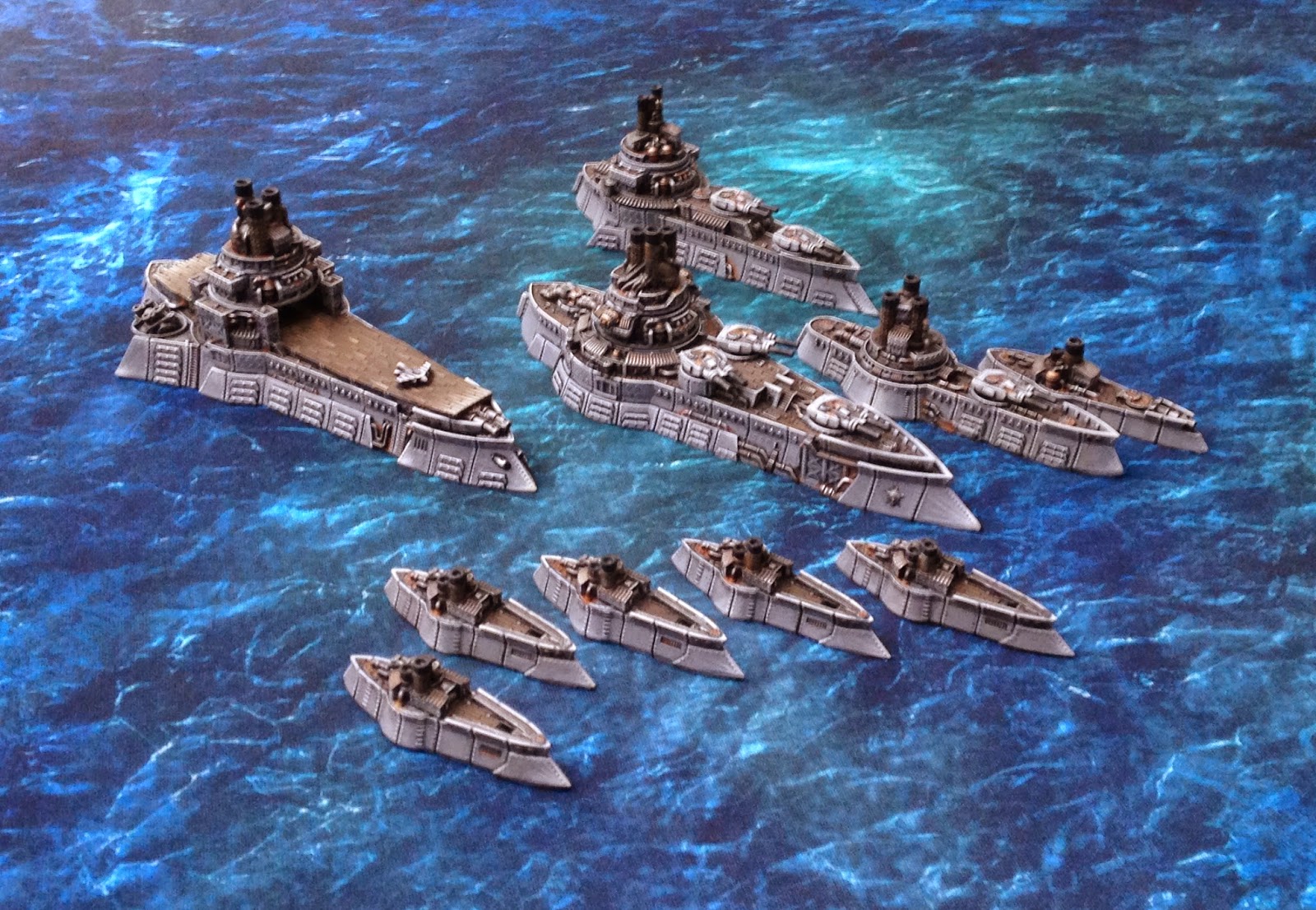 This month was not a great one for Dystopian Wars, both on the painting table and on the open sea. Distracted by an Infinity tournament and stalled by the hectic work schedules of myself and some of my common opponents, I only managed a couple of games - one of which was detailed in a Battle Report.

Painting-wise, the Russian Coalition was supposed to be the big project for the month, but following the Infinity tournament and my pledge to submit two tables worth of terrain for a future event, my plans were swiftly turned toward building and painting as much terrain as possible. The results of this intense terrain frenzy will not be featured heavily in this post, as I would like to save them up as a surprise for the actual event and as a series of terrain-based posts, including a review of some of Corvus Belli's associates in the terrain-making game.

December will hopefully see the Russian Coalition rounded out to 1,500pts, the Infinity terrain finished (or at least table-worthy) and a few more models completed for the Jurisdictional Command of Corregidor. The release of Third Edition Infinity will bring all sorts of new challenges and projects, but all being well, this will be a productive yet slightly more relaxed month.