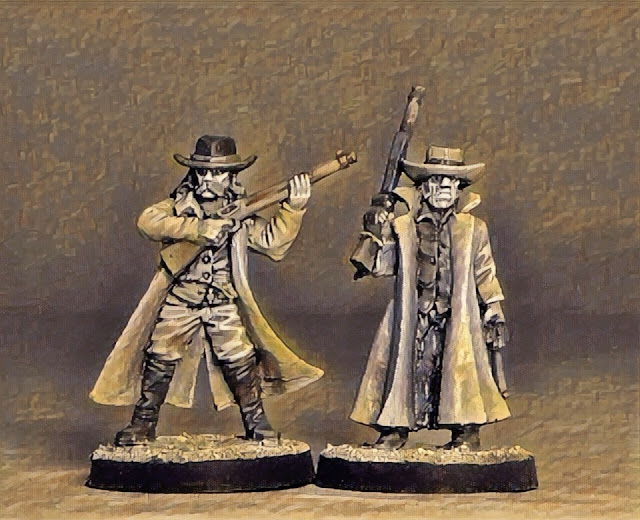 George is a bad, bad man.  When the first photos of the Black Scorpion cowboys appeared, I knew I was going to bite. It helped knowing that Dead Man's Hand is played (irregularly) at my local gaming store. After a quick glance at the Black Scorpion website, I knew the Outlaws were for me.

I started out by buying the Dead Man's Hand rulebook and quickly discovered that on average you need seven guys for a gang.  As Black Scorpion sell in sets of five figures, I bought the Tombstone 3 pack along with the Outlaws.

For the Outlaw gang at least half have to be armed with pistols, which works out just fine. 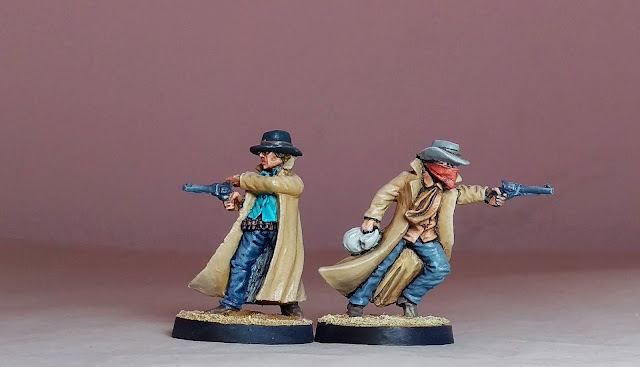 The guy on the right was my test figure, I discovered that my models had an inordinate amount of release agent on them.  As a result I had a lot of trouble getting paint to stick.  A bit of googling later and I found the trick was to soak them for twenty-four hours in water and soap; a quick scrub with a toothbrush and soapy water had not been adequate.

Pistols are deadly at Point Blank range - being able to fire up to three shots in a turn means you can potentially knock an enemy out. 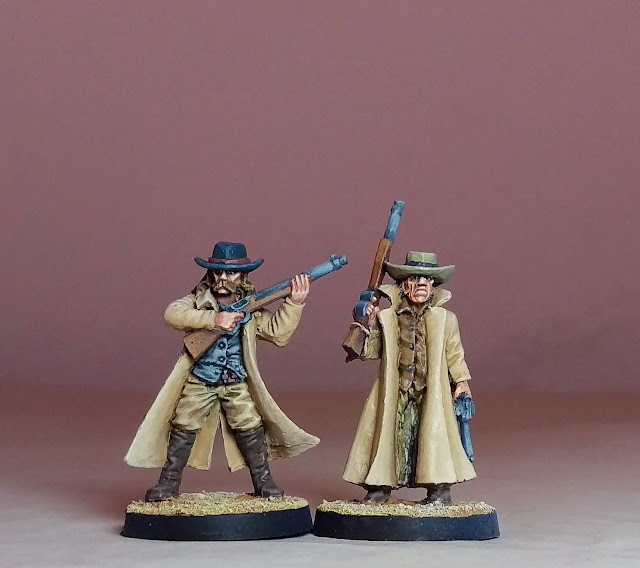 The Dude on the right is my favourite - that face is just so awesome.

Repeaters can fire twice per turn, have a longer range than pistols, but don't have the Point Blank bonus that pistols have. Nice balance. I think these guys will benefit from the Aim rule.

One last Dude, with a Shotgun (two reputation points, ten so far) 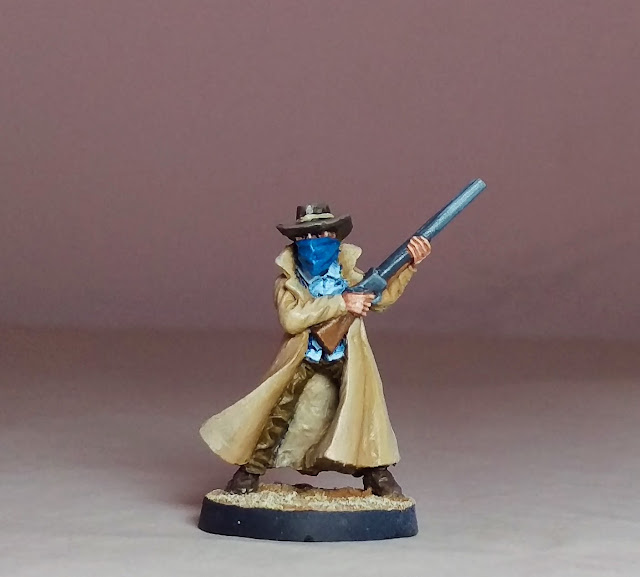 Get into Point Blank range, and Shotguns are deadly. You can choose to fire both barrels at once, giving a +6 (on a D20) bonus to shooting, but you are considered out of ammo so reloading is a must. Like a good Shotgun should be, it's useless at long range. 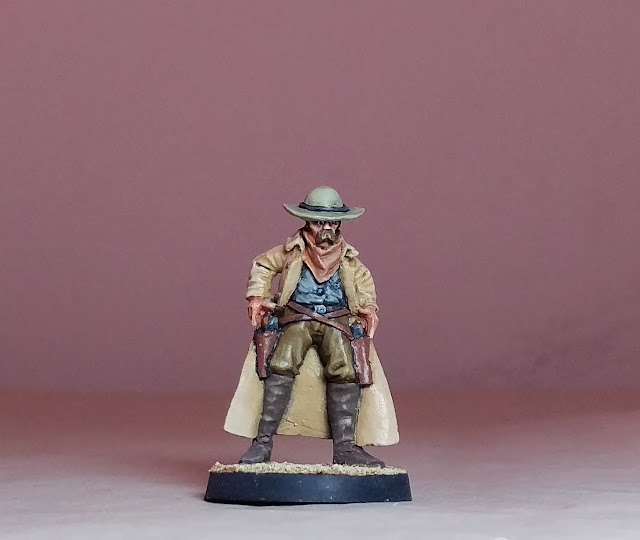 Gunslingers are pricey, the same cost as two and a half dudes, they take the same amount of hits (four), but have a +2 advantage to shoot. I hope I can use my effectively.

And finally the Boss (with a cost of six reputation, we reach our total of twenty one points) 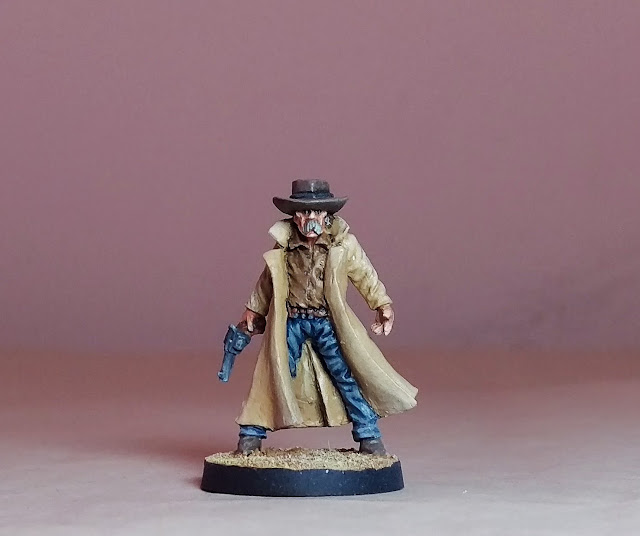 Another great model, I love the pose and the moustache.  The Boss is a good shot with +1 to hit, is harder to hit (imposing a -1 penalty to non-bosses) and has five "wounds".

I wanted to take my time over these, but George and I arranged a game, so once again I found myself rushing to get them done in time.

Hopefully, we'll have a couple of write ups for you soon.