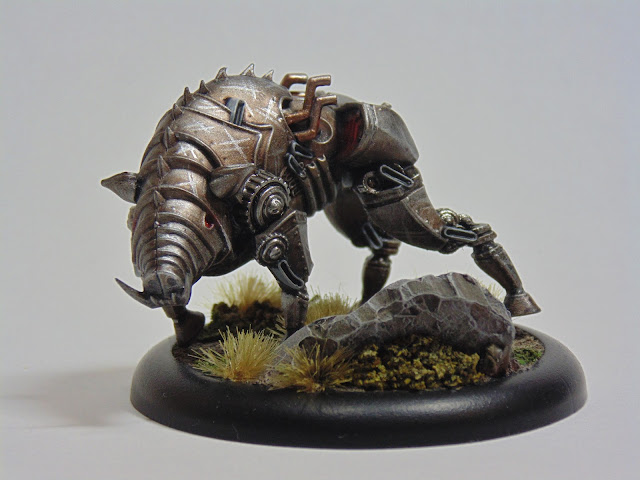 Hi, my name is Mike, you may remember me from such Dystopian Wars Battle Reports as 'Clash of the Titans' and 'The Hunt for the Markgraf'.  George has asked me to share a new project I have started for a different game.  Over the coming weeks and months I will be keeping you updated with my progress painting a crew for a game called Malifaux.

Based in an alternate Earth, Malifaux uses gothic, steampunk, and Victorian horror with a dose of the Wild West to inject fun and depth into the magical lawlessness of a world rife with monsters, necropunks, man-machine hybrids, gunslingers, and power hungry politicos.

For the last couple of years since picking this game up I have been using a fairly basic painted crew and felt it was time to make an effort with a new crew which should also give me some new in game challenges.  As you may be aware from my lack of appearances in Battle Reports life has been a touch hectic for me of late.  This has had a very negative effect on my painting as I have done virtually nothing recently, this will be my chance to try and get back on the proverbial 'horse'.

So for this project I have decided to paint myself a Mei Feng crew.  She is a mobile martial artist and vapormancer, somewhat different to summoning based Ramos I had been using before. Her fluff and a basic overview can be found via the link below https://www.wyrd-games.net/mei-feng 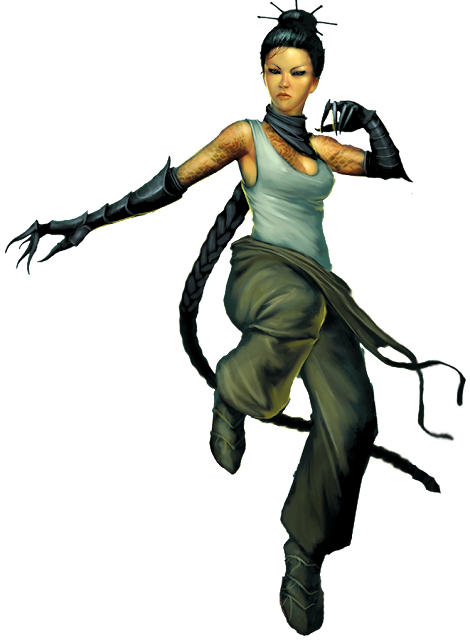 To help warm myself up I decided to make a start on a 'Mechanized Pork Chop' an ill tempered mechanical pig that helps buff other crew members in melee and can set others alight with its flaming 'emissions...' 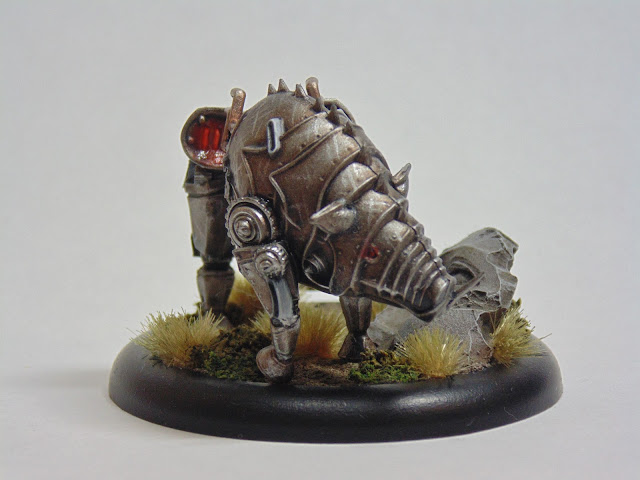 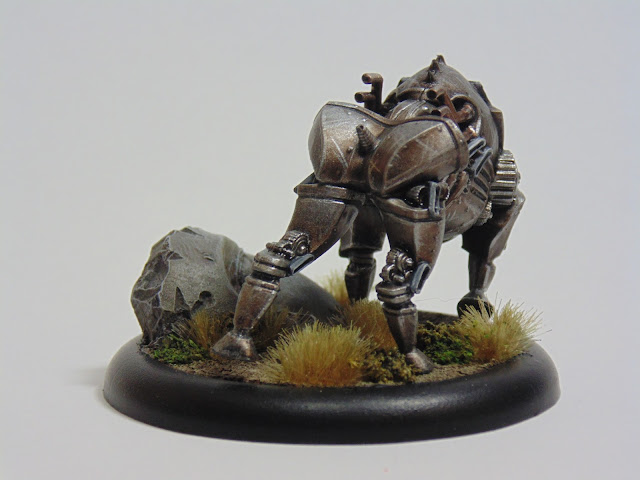 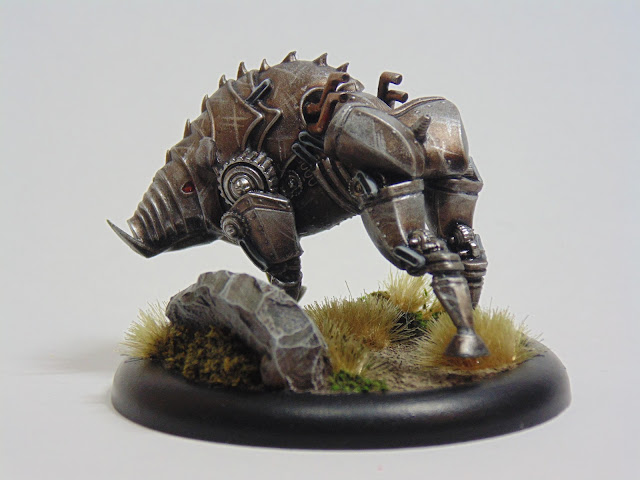 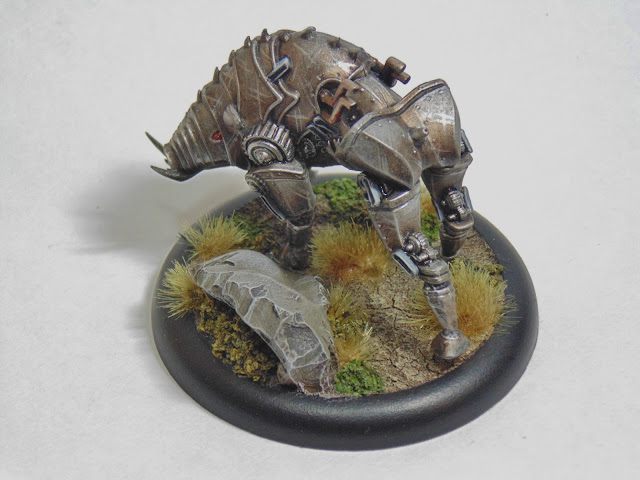 Being virtually all metal I tried to give it a bit of variance texture wise across the different metallic areas, with scratched up slightly crusty armour plates, shiny oily gears and coppery exhausts.  I also had a stab at a bit of OSL for its furnace, this did not work as well as I had hoped but was perhaps a little ambitious to be jumping off with but is passable for table-top and adds a splash of colour.

With one member of the crew done I now need to try and keep the impetus up and hopefully will have another update for you all soon.

Email ThisBlogThis!Share to TwitterShare to FacebookShare to Pinterest
Labels: Malifaux