SOMETHING DECORATIVE FOR THE RUINED CITY 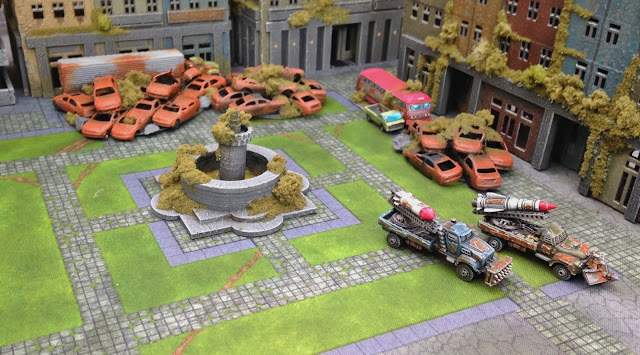 Some months ago I made the claim that my Dropzone Commander ruined city was finished, and I would not be adding anything to it for a long time - well, here we are! A little sooner than expected, but not a huge addition - an ornamental fountain, overgrown and full of green slime.

This was purchased from Blotz, the same company I acquired the majority of my buildings from. Their MDF scenery is top notch, and it was at the recent Reading Warfare weekend that I came across their retail stand. The temptation proved too much, and I bought one of their new buildings (which you will see in the future, I trust) and this Fountain.

Normally 20mm scale, I guessed that it would be fine as a large fountain in Dropzone scale, and that it would not look too strange. Hopefully from the pictures shown you can agree with my decision! The fountain was painted in a standard grey, with the usual growths and bushes. One of Games Workshop's Technical Paints was used for the fetid water within - Nurgling Slime or something like that. Great paint, I need to find excuses to use it again! 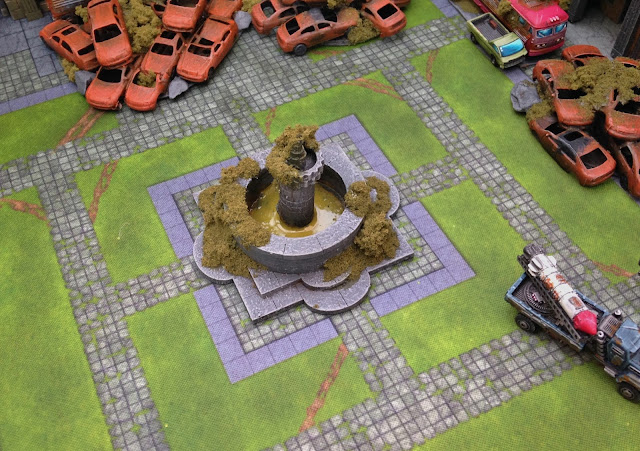 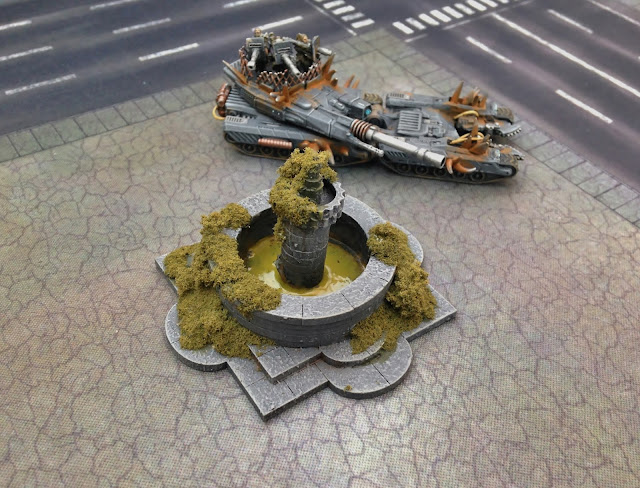 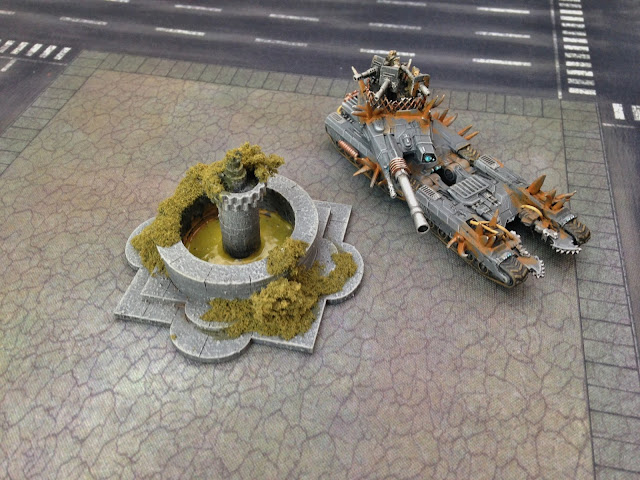 So there we are, a rather simply addition to the table that should add some nice flavour and provide some cover. Just watch out for any tanks driving through it!