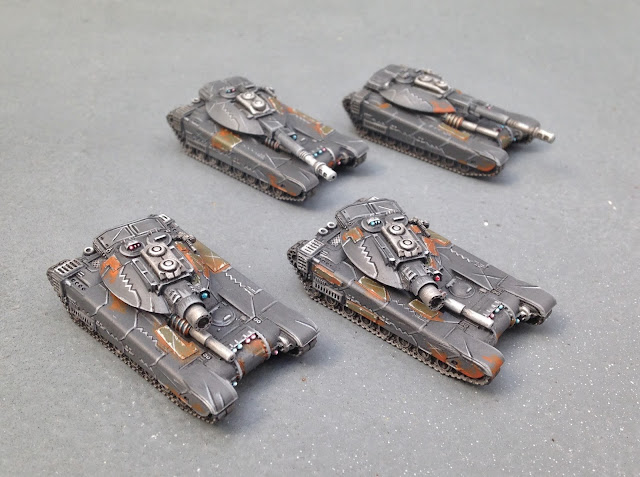 The past weekend saw Adam and myself head up to Cardiff for the Call To Arms II Tournament, an event featuring sixteen players (including four members of the Hawk team and some crew from Orbital Bombardment) playing five games over two days. It wasn't the largest tournament I have attended, but was a big challenge and a lot of fun.

Ultimately I placed thirteenth - as usual, my expertise in the local scene completely fails to translate at the tournament level. I did, however, win the far more important prize of Best Painted! A great feeling no doubt! Included my winnings was a blister of the upcoming release - the Mehmed Siege Tanks. Luckily for me, the rules were also released the day after, allowing me to start fielding them immediately.
Thanks for reading,